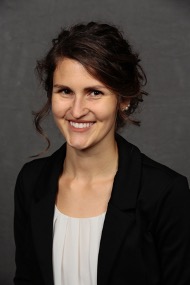 After graduating from Willamette University with a B.A. in Psychology in 2015, Ali entered the Applied Social and Community Psychology program in Fall 2016. She is a member of Dr. Jeni Burnette’s Mindset lab and is mainly interested in examining how people’s beliefs about the malleable nature of various traits, abilities, and conditions impact outcomes related to mental health and well-being. 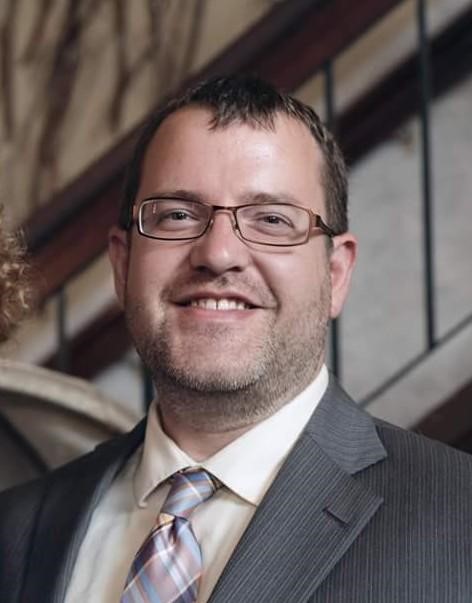 Matthew Bahnson entered the program in Fall 2017, after working in Marketing Research. Matthew holds an M.A. in Social Sciences from University of Chicago and a B.A. in Psychology/Human from University of Northern Iowa. He currently works on a research project in the College of Engineering about Engineering Identity and its connection to recruitment and retention in engineering graduate programs. His research interests include the STEM Identity, identity formation, sexual health, minority sexual and gender identities, and research methods. 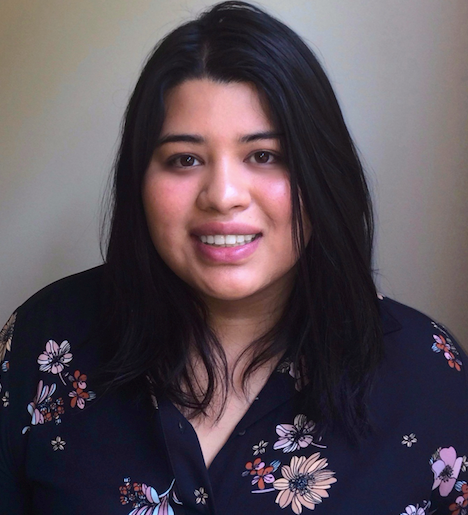 Noely entered the program in fall of 2017, after completing her Masters of Experimental Psychology form the Western Carolina University. Her research interest includes the development of healthy masculine identity and understanding the factors that contribute to the increase of pro-social behaviors. 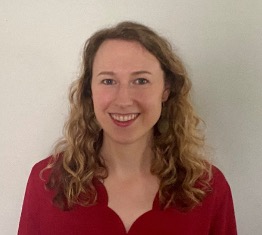 Julia entered the program in Fall 2019. She has a Bachelor's in Public Health and a Master of Public Health from UNC Gillings School of Global Public Health. After a brief stint working for a global health nonprofit supporting and evaluating HIV prevention care, and treatment programs, she decided to pursue a PhD focused on improving adolescent health and wellbeing. Julia is interested in designing, implementing, and evaluating sexual health/HIV prevention interventions for vulnerable populations of youth that account for psychosocial factors such as mood status, (e.g. depression, positive affect), cognitive behavioral responses (e.g. self-efficacy, self-esteem), and social factors (e.g. gender inequity, trauma). Julia enjoys yoga, sipping hot tea, and adventuring outdoors with her partner, toddler, and two scruffy dogs. 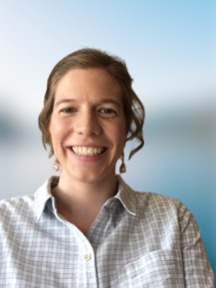 Whitney entered the program in Fall 2020 after spending six years as an elementary school educator. She holds a B.A. in elementary education and an M.A. in education with a concentration in literacy. It is her experience in the classroom that led her to an interest in research related to mindsets, specifically failure mindsets and mental health as well as the role of relationships as they pertain to mindsets. 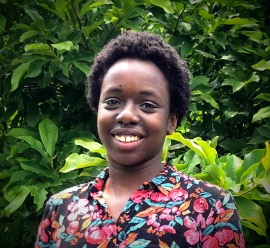 Perusi entered the Applied Social and Community Psychology program in Fall 2019 after graduating with a BS in Psychology from UNC Chapel Hill in 2016. Their research interest is centered on working with Black communities to increase their health outcomes through community-based participatory research. They are particularly interested in working with nonbinary Black individuals and communities. They are a graduate research assistant in Dr. Volpe's Black Health Lab. Perusi uses they/them pronouns. 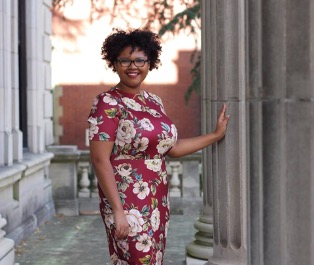 Alexis entered the program in Fall 2019 and is a member of the Hope Lab. Originally from Virginia, Alexis received dual bachelor degrees in Psychology and African American Studies from Virginia Commonwealth University in Spring 2017, and a master’s degree in Mental Health Counseling from Boston College in Spring 2019. Alexis’s research interests include processes of liberation and development for Black youth. 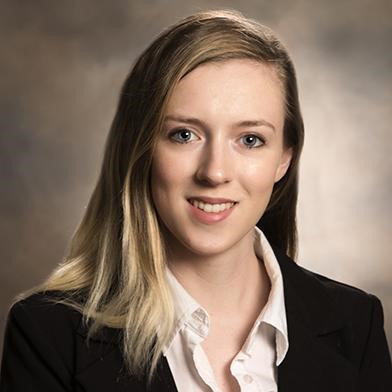 Christine entered the Applied Social and Community Psychology Program in Fall 2014, after graduating with a B.A. in Interdisciplinary Studies from American University. She currently serves as a research assistant for the Laboratory for Analytic Sciences and is also affiliated with the Center for Family & Community Engagement, which conducts evaluation research on Strong Fathers, a parenting program for fathers with children involved in Child Protective Services. Christine is a Research Analyst Intern at RTI International in the Center for Justice, Safety, and Resilience. Her research interests include the effects of incarceration on the individual and community, re-entry programs, attitudes toward prisoners, and radicalization to violent extremism. 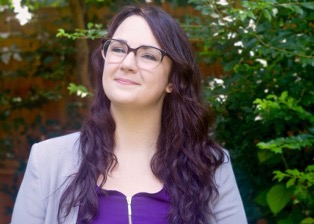 Sarah entered the Applied Social and Community Psychology program at North Carolina State University in the fall of 2018. She has worked in social science research for more than 7 years, focusing in areas related to forensic psychology, public policy, legal system issues, and substance use. In addition to her studies with the Forensic Psychology Lab at NC State, Sarah also works as a public health analyst in the Behavioral Health Division at RTI International. Her research interests focus on legal system reform, particularly as it relates to issues of social justice for vulnerable populations, such as people who have indigent defense status, people who are housed in jails or prisons, and people who use drugs. 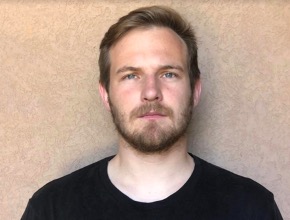 Jeff entered the program in 2020 after graduating from Brigham Young University with a B.S. in Psychology. Broadly he is interested in improving adolescents' sexual health with a particular emphasis on online sexual health such as pornography use and sexting. He is also interested in the role that parents have in their children's sexual development and hopes to develop an intervention that increases parents’ efficacy in talking to their children about sexual health. 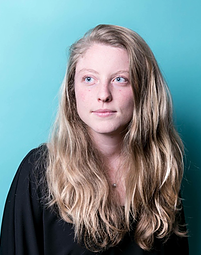 Reina entered the program in Fall 2017, after graduating from St. Edward's University with a B.S. in Behavioral Neuroscience. She previously worked at the Center for Autism and Related Disorders as a behavioral therapist. Over the past year she has been studying the effects of sex education on sexual risk and sexual satisfaction in college students. Overall, she is interested in developing and evaluating interventions to combat mental and physical public health issues that affect the lives of adolescents, with a focus on early parent-child communication, positive sex outcomes, and gender differences. 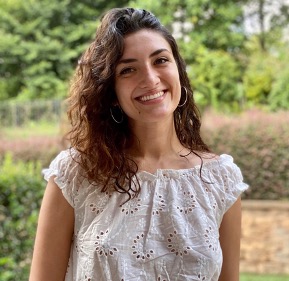 Hannah (she/her) entered the program in Fall 2018 after graduating with a B.S. in Psychology and a B.A. in Spanish from the University of North Carolina at Charlotte. Hannah is a member of the Teen Health Lab and is broadly interested in using technology to develop, implement, and disseminate online interventions that promote adolescent sexual health. Specifically, her work aims to improve affirmative consent knowledge, attitudes, behaviors, and self-efficacy among youth. Hannah’s favorite part of her job is teaching Psychology of Gender to undergraduate students at NC State. She also enjoys thrift shopping, singing too loudly, reality TV, and spending time with her Siamese cat, Winnie. 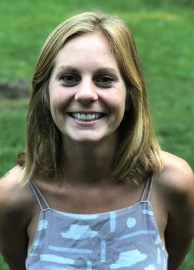 Eva entered the program in 2019.  She has done research on various topics, including homelessness, military personnel issues, terrorism, and criminal-justice related issues. Her current research focuses on transformation in the criminal justice system, specifically, ways to reduce retributive forms of justice.

Abby Nance entered the program in 2015. She is interested in mixed methods approaches to measuring childhood trauma and teaching and trauma sensitive teaching in higher education. She is 2017 (SOTL) Scholarship of Teaching and Learning Institute grant recipient, a Teaching Assistant at NC State and a Research Intern at the Center for AIDS research at UNC Chapel Hill where she is working on the Social and Behavioral Instruments (SABI) Database. 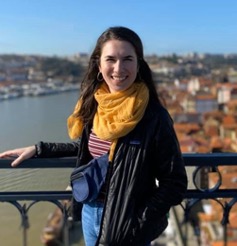 Hannah entered the Applied Social and Community Psychology program in the Fall of 2020. Originally from Norfolk, VA, Hannah received her B.A. in Global Development Studies from the University of Virginia in 2016. After graduating, Hannah moved to Washington DC to work as an outpatient mental health case manager, then a program evaluator for a crime victim hotline. She is currently an RA for Dr. Volpe's Black Health Lab. She is interested in using community-based approaches and an intersectional lens to promote racial/ethnic health equity through research. 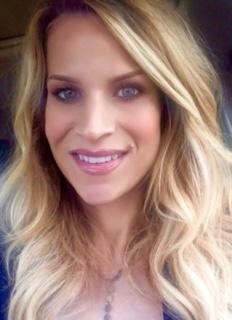 Angela entered the program in 2015 after receiving her Master's in Public Health (2013). She worked as a researcher for several years at a public health firm, and is currently an RA in the Innovation & Tech lab. Angela is interested in researching campus sexual assault, and currently interns at the Women's Center on campus to examine mechanisms for sexual assault prevention. 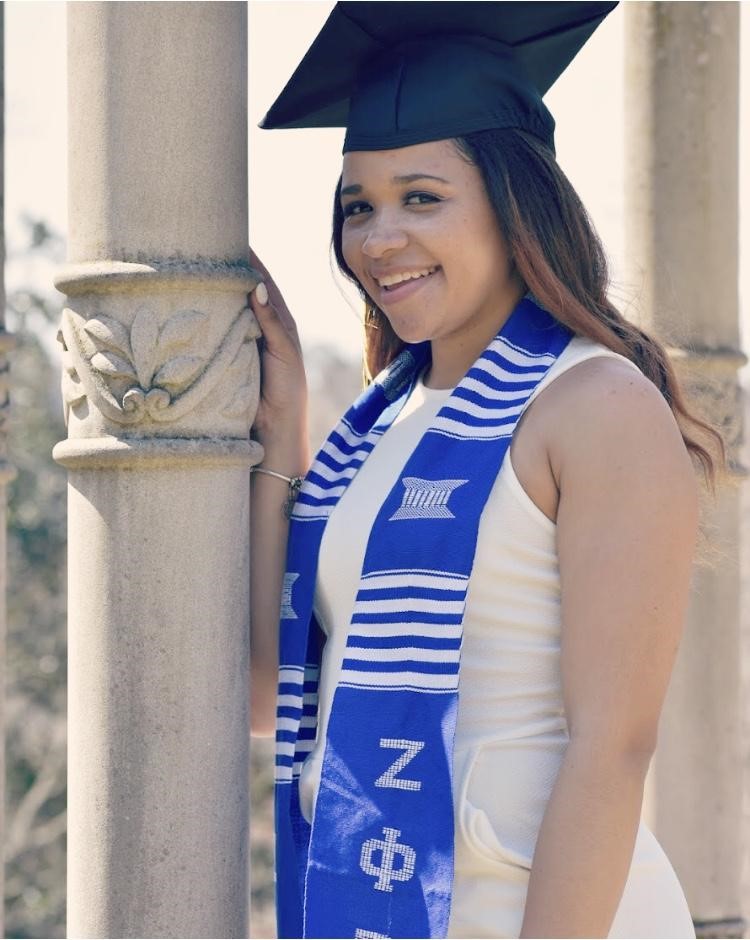 Mckenzie entered the program in Fall 2017 after completing her B.S. in Psychology and B.A. in African-American Studies from Virginia Commonwealth University. Her research interests revolve around the role of family structure, dynamics, and demographics on minority youth and adolescent development. 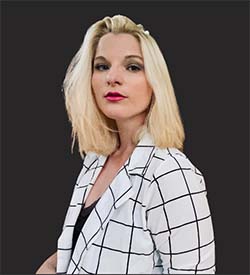 Courtney (she/hers, they/them) is a second-year student in the Applied Social and Community Psychology program. Courtney earned an M.Ed. in Counseling from NC State in 2019 and has been working in community and forensic settings for over 7 years. Courtney's research currently focuses on evaluating the implementation of randomized-control trials and mental health assessment in jails. More broadly, Courtney's research interests center on the design of accessible and anti-oppressive community, forensic, and organizational services. Courtney is especially passionate about neurodiversity, accessibility, the empowerment of Autistic and neurodivergent individuals, and her dog, Benson. 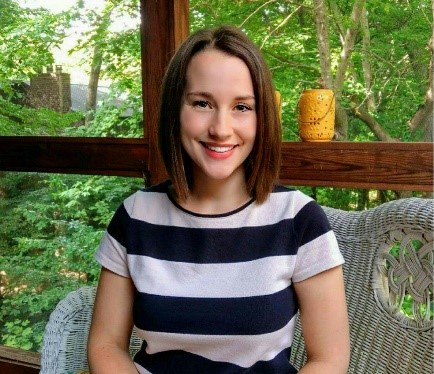 Samantha entered the Applied Social and Community Psychology program at North Carolina State University in the Fall of 2017. She received a Master’s in Clinical Psychology from Cleveland State University in 2015. After graduating she spent a year and a half working as a Psychometrist for a Juvenile Court in Ohio. There she conducted testing for delinquency, competency, bindover, and child custody evaluations. Her research interests include the impact of mental health status on the validity of violence risk assessment and assessing risk in populations for which there are few established measures. She is also interested in improving access to treatment and treatment outcomes in incarcerated populations.